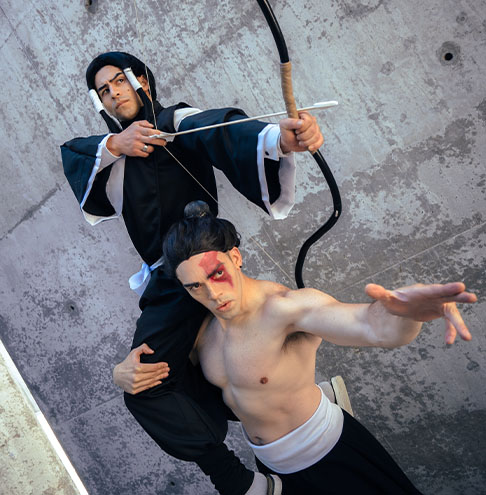 David Lopez (@dkarthall) has lived in southern California his entire life, but only recently became involved with the local cosplay community. As a child, he loved anything and everything Batman, and that remains true to this day. David began cosplaying during the pandemic when he began creating cosplays inspired by his favorite characters from the DC Universe. Since then, he’s combined his love for fitness and costumes to bring his favorite characters to life.

Ryan Cardona (@rye_n_cosplay) has been a resident of southern California for eight years, and is originally from Las Vegas, Nevada. Growing up, he loved video games, anime, and comic books, with series such as Final Fantasy, Sailor Moon, and X-Men being favorites. Ryan began cosplaying when he attended his first convention, which was Los Angeles Comic Con in 2018, so he's extremely excited to return! Ryan says major components of his cosplays are nostalgia and a love for fitness.

David and Ryan met through Instagram during the pandemic, at a time where in-person interaction was near impossible, and most cosplayers were continuing to create at home and were limited to showing their work off on social media sites. The two hit it off immediately, bonding over their love for costumes, mutual fandoms (such as Mortal Kombat and Batman), and fitness.

Since then, they’ve been creating dynamic duo and gender bend cosplays together. The two run their small business together with an aim to make affordable costumes and props for the community. They are excited to join the lineup of Los Angeles Comic Con’s featured guest list and want to do their part to make it an experience unlike any other. They plan to incorporate set design and performance art into their booth so that con goers will be not just spectators, but instead a major component of the spectacle itself. 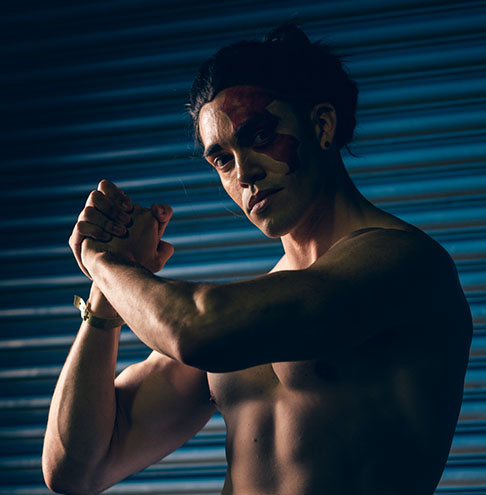 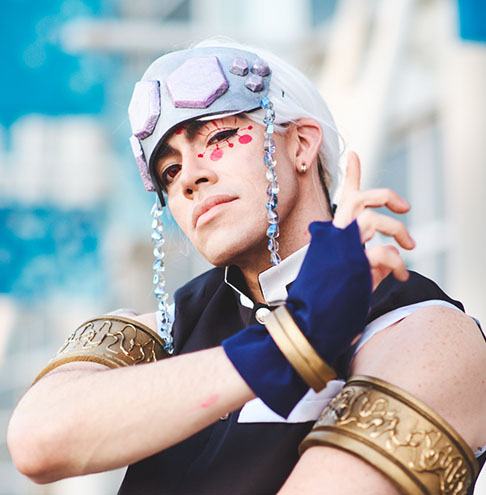 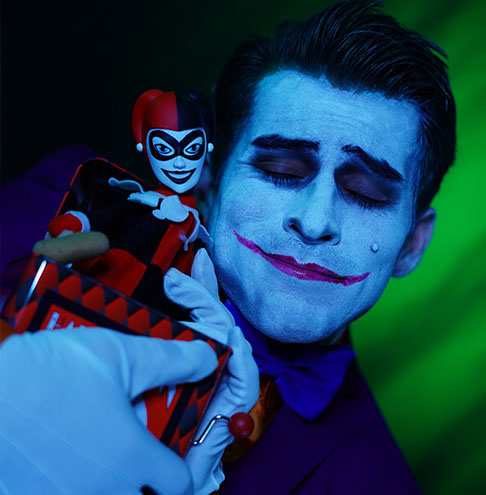 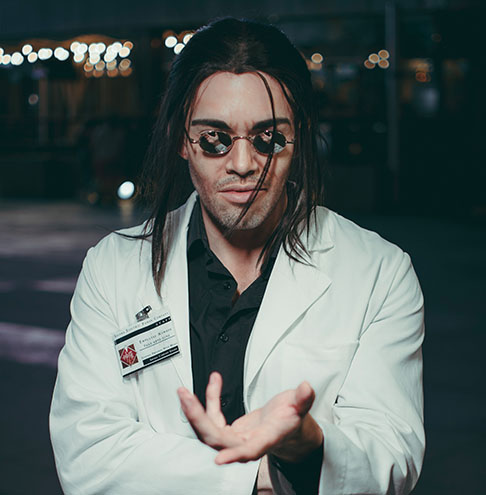 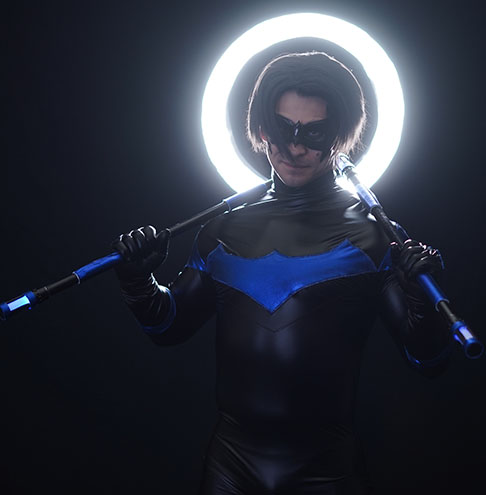 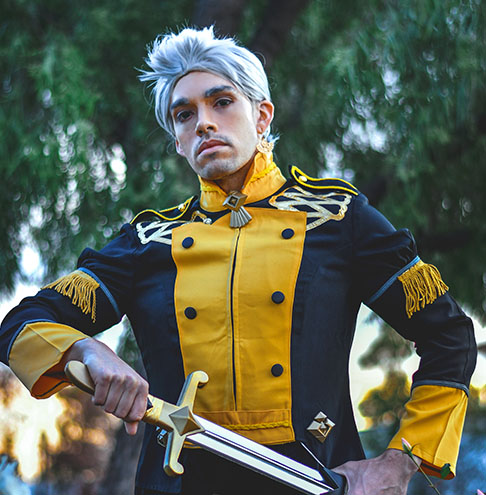 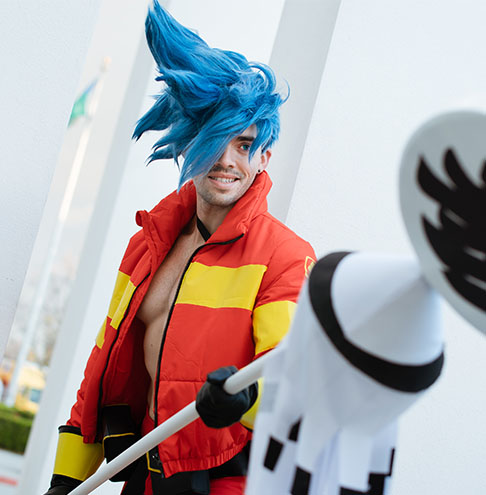 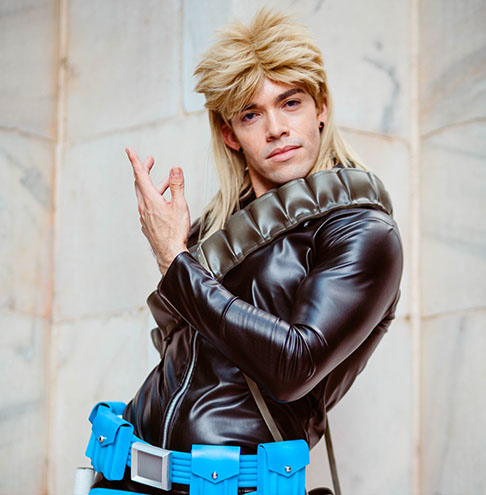 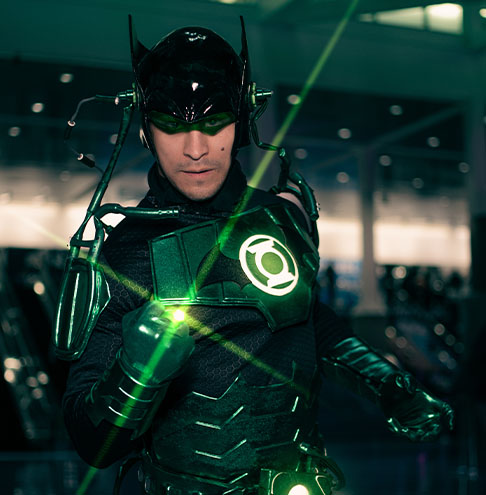 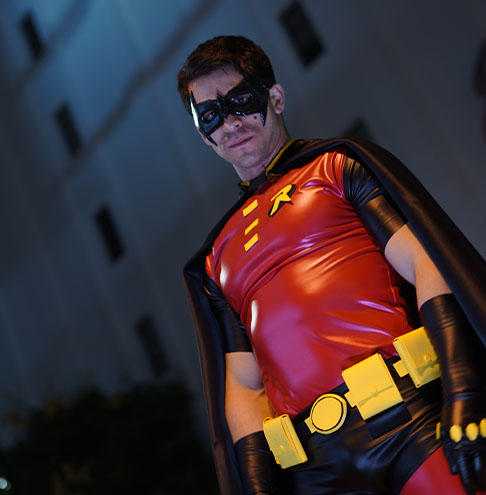