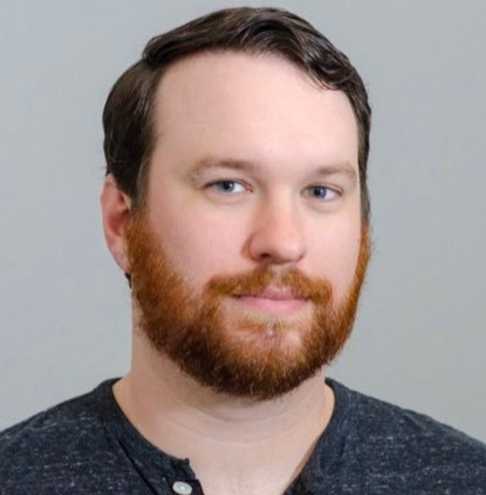 Kyle Phillips is a Dallas-based streamer, director, and actor who’s been in the industry since 2008. Kyle started his career as an Audio Engineer, working on numerous titles such as One Piece, xxxHolic, Fairy Tail, and many more.

He started getting behind the mic almost immediately, doing crowd scenes and the occasional bit part. Eventually, voice acting turned into one of his favorite parts of his job, so he decided to pursue it and has been acting ever since. His more notable roles include Denki Kaminari in the massively popular My Hero Academia, Ray Starling in Infinite Dendrogram, Marco the Phoenix in One Piece (just crossed 1000 eps!), Hairo Kineshi in The Disastrous Life of Saiki K, Jason the reporter in Fairy Tail, Genshiro Saji in High School DxD, Sosuke Sugaya in Assassination Classroom, Mistugu Yamaji in Three Leaves, Three Colors, Sho Tokugawa in Cheer Boys!!, Isuzu Ichinose in Space Battleship Tiramisu, Suigin Riku in The Silver Guardian, and many, many more.

In 2013, Kyle decided it was time to move on from the Audio Engineer position and go after a position he'd been interested in more and more: Voice Director. After assistant directing for industry legend Tyler Walker for a few seasons, in 2015 Kyle got to helm his own show, Ultimate Otaku Teacher. Since then he's passionately directed English dubs including Fire Force, Overlord, Dagashi Kashi, Fairy Tail, One Piece, Miss Kobayashi’s Dragon Maid, Ace Attorney, The World Ends with You, Sk8 the Infinity, The Ancient Magus’ Bride, Hinamatsuri, and Yamada-kun and the Seven Witches to name a few.

In early 2020 the world stopped. What didn’t stop was Kyle’s drive to further his interests and his career. This led him to step into a new arena: streaming. Kyle immediately fell in love with playing video games and hanging out with his ever-growing community. In less than 2 years Kyle has made Partner on Twitch, amassed over 20k followers, and continues to innovate and keep things interesting as he looks forward to 2022.

When Kyle isn’t working hard to bring you the best dubs he can or playing Smash Bros with you, he’s raising his three girls, Kensington, Penelope, and Colette, with his wife Kara and their two dogs Zeus and Corduroy Jenkins. Kyle enjoys watching sports (go Cowboys, Stars, Mavs, and Texas Rangers!), playing strategy board games (Merchants and Marauders is his favorite), playing video games and reading fantasy novels.