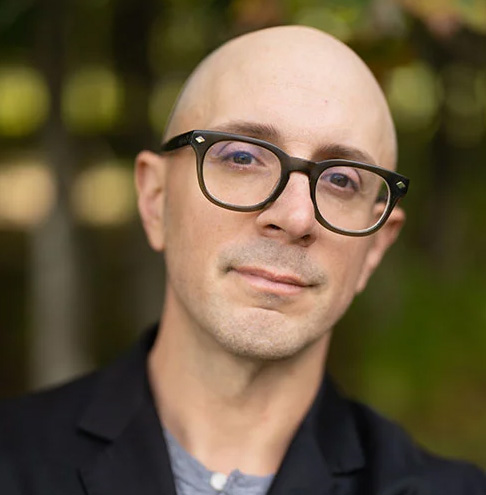 Steve Burns is an American actor and television host best known as the original host of the long-running children's preschool television program "Blue's Clues" from 1996 until 2002, for which he was nominated for a Daytime Emmy in 2001. The series was rebooted as "Blue's Clues and You", with Burns serving as frequent writer, director, and producer. As a musician, he collaborates with Grammy award winners The Flaming Lips, with whom he released the critically acclaimed album "cc and Foreverywhere", an album for children, in 2016. Burns wrote and performs the theme song for "Young Sheldon" on CBS. He is a frequent host and storyteller for NPR's "The Moth".

In 2021, Burns appeared in videos for the 25-year anniversary of "Blue's Clues", including a widely watched Twitter video in which he – in character as the host of the show – explained reassuringly that he had never forgotten the viewers after leaving to go to college, and marveling at how much each of them had experienced since then. His return was unexpectedly profound and "struck a chord among many viewers, raising feelings of nostalgia and childhood comfort, especially juxtaposed with global crises like the coronavirus pandemic and extreme weather linked to climate change." (The New York Times). In less than 24 hours, the video had nearly 30+ million views and today stands at over 100 million views and counting.

As a speaker, Burns refines and re-examines the message of empowerment and exceptionalism he delivered to a generation of children- carrying the thoughtful, care-driven conversation he began in their childhoods into their now-hoods as they struggle with the demands and realities of adulting.