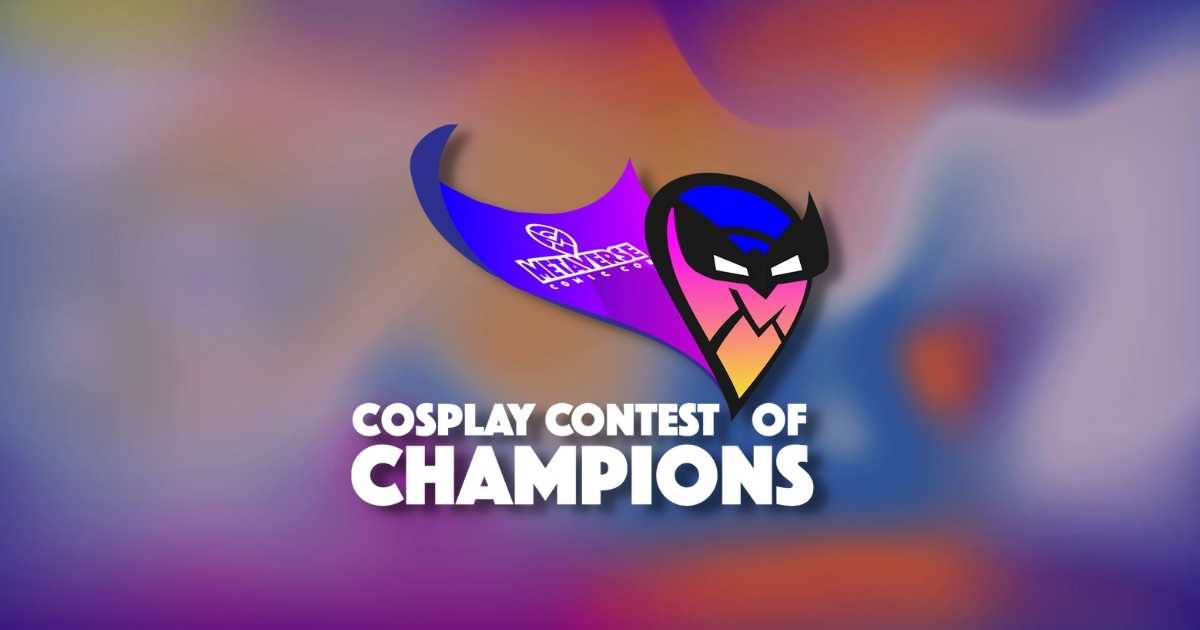 Enter the Cosplay Contest of Champions

Cosplayers from Across the U.S. Are Invited to Compete virtually in the Comic Con Metaverse for the Chance to Win a Trip to Los Angeles Where They Will Compete LIVE at L.A. Comic Con 2022 in the Cosplay National Championship

LOS ANGELES, CA — Los Angeles Comic Con, L.A.’s largest event for comics, gaming, sci-fi, and pop culture, is pleased to announce the first ever digital Cosplay Contest in the Comic Con Metaverse! Any and all Cosplay enthusiasts – from novices to masters -- located within the U.S. are invited to submit their best cosplay costumes virtually for the chance to win a trip to Los Angeles to compete in the Cosplay National Championship at this year’s L.A. Comic Con event. The winner of the contest will be announced at the Comic Con Metaverse Cosplay ceremony, hosted live on November 2nd by Bernie Bregman and Jacqueline Goehner.

This year's panel of judges (which features some of the top cosplayers in the cosplay community) have all worked with L.A. Comic Con in the past at the Cosplay National Championship and share the organization’s enthusiasm for comic world characters and creative self-expression. Once contest participants from across the country submit their costumes for consideration, the panel will narrow down the candidate pool to the top ten costumes, which will be featured in the Cosplay World of the Comic Con Metaverse for one week of fan voting. The winner as selected by fan vote will be given transportation to Los Angeles to compete in the Cosplay National Championship.

“We can’t wait to see how participants choose to get creative and express their artistic style,” said Chris DeMoulin, CEO of Comikaze Entertainment, L.A. Comic Con’s parent company. “We hope this opportunity inspires cosplayers around the country to showcase their unique taste and embody their favorite fictional characters in clever and creative ways. This is also the first peek at several new ways fans will be given the opportunity to interact, engage, and immerse themselves in the energy of the event prior to the December show, as we continue to explore the virtual terrain with the help of our amazing partners at the Comic Con Metaverse.”

The top ten participants will be notified of their selection by October 10th, and fans will be invited view the top 10 and vote for this year's overall winner, all in the Comic Con Metaverse, from October 20th - 26th. For cosplayers interested in joining the contest, submit your application via the button below. Submissions will be open through September 30th.

The Comic Con Metaverse is a place for fans to explore new worlds, view distant Cons, strut your Cosplay, prowl the archives for missed gems, and experience everything you love about pop culture. From 24/7 play-to-earn gaming to hosting monthly Cosplay contests and conventions from all over the globe, we are bringing Super fans together like never before! This is a place to watch and celebrate the top events, panels and experiences at L.A. Comic Con.

L.A. Comic Con is Los Angeles’ biggest and best multimedia pop culture convention, held annually at the Los Angeles Convention Center. L.A. Comic Con assembles the most exciting, new and innovative players in comics, movies, sci-fi, fantasy, horror, anime, gaming, and more, making it Los Angeles’ premiere pop culture destination. As the two-time, fan-voted NerdHQ “Con of the Year,” L.A. Comic Con is one of the most diverse and celebrated geek and pop culture events in the United States, giving fans once-in-a-lifetime opportunities to truly enjoy safe interactions with their favorite creators and major players in the entertainment industry. The L.A. Comic Con team strives to make all of your nerd dreams come true! For more info, please visit: https://www.comicconla.com or follow us on Twitter, Facebook, or Instagram. If you are interested in sponsoring this year’s event, contact info@companyxmarketing.com.